OPD5 > Carousel > PRESS RELEASE: Powerful winds and a microburst knock down seven poles in Mesquite, NV
Posted: February 4, 2020 at 8:54 am

February 3, 2020, Mesquite, NV. On Sunday, February 2, 2020, close to 1,275 customers in Mesquite, NV, lost power when a combination of powerful winds and a microburst broke seven transmission power poles on a 69kV power line.

Power was successfully restored to 87% of the customers around 9:45 pm, leaving a small number of customers without power in Kitty Hawk Drive and Pinnacle Court. Power was restored to customers in Kitty Hawk Drive at 11:30 pm after the crew was able to reroute power. “I’m grateful to the OPD5 crew, who responded to this significant event quickly.  They did a great job making repairs and using our power system to reroute power from adjacent areas,” Cooper said.

Service was restored to the remaining 85 customers in Pinnacle Court on Monday, February 3, 2020, at 6:00 am as most of the damage was in that area and required extensive repairs. “I’m thankful for everyone’s patience as our staff worked through the night to restore power under very windy and dangerous conditions,” Cooper added.

Cooper concluded, saying, “The OPD5 crew will continue to work in the area to permanently replace damaged wood poles with new ductile iron poles that will provide greater reliability.” 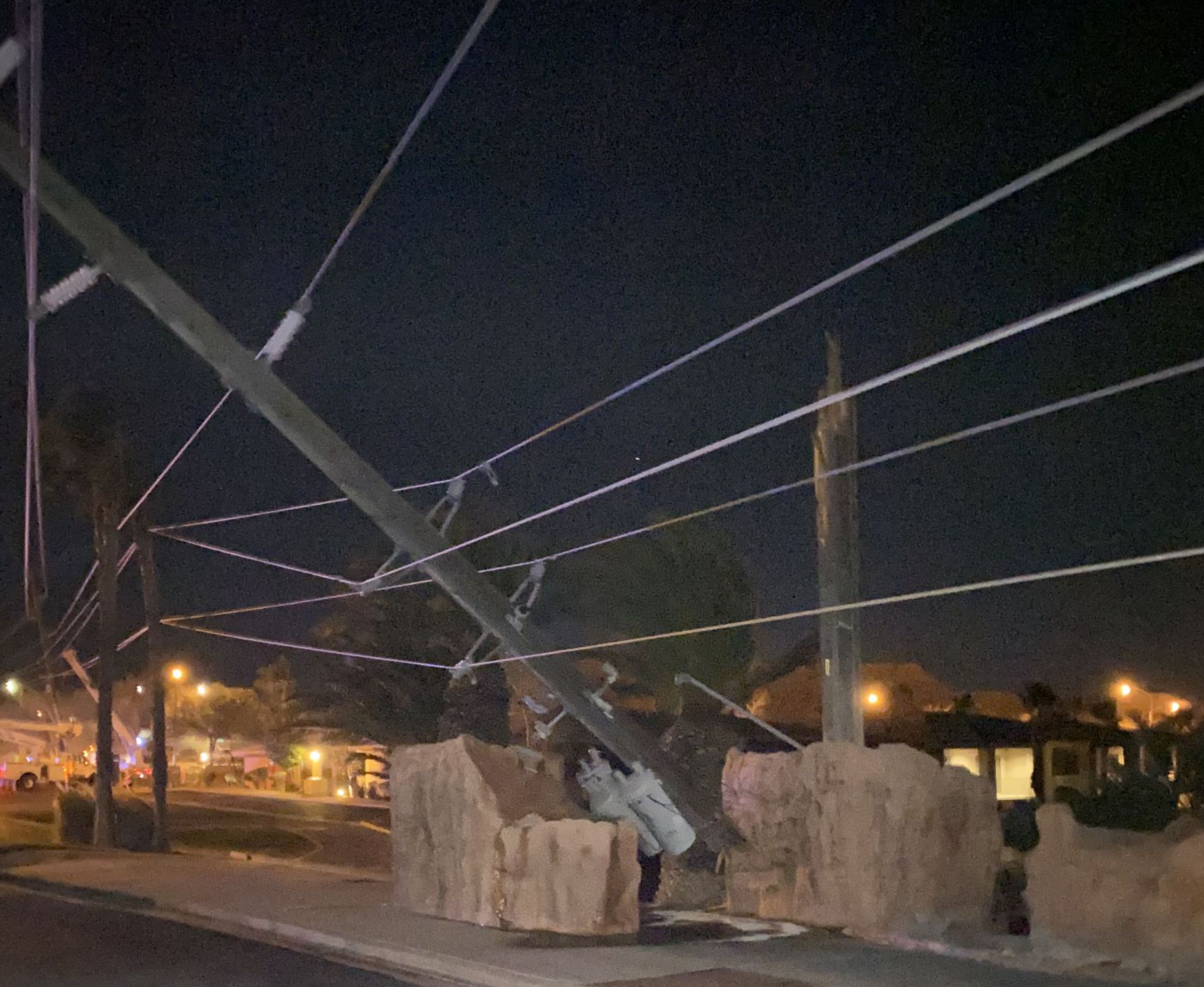